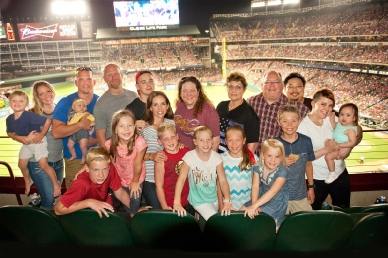 My family with all 11 grand kids. We had a great time watching the Rangers 2016 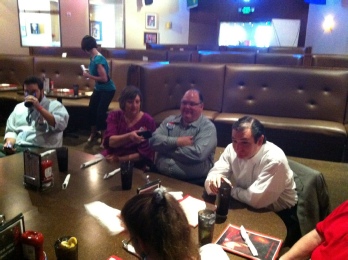 With Ted Cruz at a luncheon

He is president of Corporate USA, Asset Management, Leasing & Investments, which he established in 1991. For the past 20 years the entrepreneur has bought, sold and operated several commercial real estate businesses and leased millions of square feet of office space to dozens of companies, including some of the largest commercial developers and investors across the US.

Using his forte of analyzing business financials and assessing risk, he has specialized in making the tough financial decisions which have turned around dozens of under-performing lease properties and earned a handsome profit for his company.

Besides his success in business, Mike has voluntarily served in a number of leadership positions in his church and community in which has has helped hundreds of teens, adults and families to solve a wide variety of problems.

For seven years he served as the Bishop, or ecclesiastical leader, of a 400 member Carrollton congregation of The Church of Jesus Christ of Latter-day Saints where, besides directing Sunday and weekday youth meetings, he listened to and counseled youth and adults on a weekly basis about everything from having faith in the teachings of God and Jesus Christ, to improving family relationships to overcoming financial, gambling, drug, and pornography additions.

Mike and his wife serve currently a program coordinators of 50 addiction recovery groups in the DFW area.  They are responsible for supervision, training and support of each group’s leaders and facilitators.  Together they have spent many hours helping men and women to recover from a broad range of addictions like pornography, drugs, alcohol, illicit drugs and other additions which are ruining their lives and ripping their families apart.  Several groups help families, friends and spouses affected by the addiction of another.  They have a completely different path to recovery.

As a High Council member of the his church, he traveled weekly for several years to other area congregations to speak from the pulpit to members, trained leaders and assisted in strengthen followers.

After Hurricane Katrina destroyed portions of the Gulf Coast, Mike served as a liaison to the Red Cross.  Asked by the Red Cross to provide shelter management and support personnel, with the support of local churches, Mike lead the process of securing 300 volunteers who were trained and served in multiple locations.

A licensed HAM radio operator, he served as the Emergency Coordinator for Amateur Radio Emergency Services (ARES) in Carrollton. He also has served as the Radio Officer for Carrollton Radio Amateur Radio Emergency Services (RACES). RACES receives its authority from Part 97 of the Federal Communications Commission (FCC). Both positions being appointed by the City of Carrollton, ARES and RACES provide emergency back up communications and storm spotter services for the cities of Carrollton, Farmers Branch, and the National Weather Service in Fort Worth.

Mike brought his young family to Carrollton in 1985 when he was transferred to the Dallas area. He and his wife of 42 years, Vali, raised four now grown children in the Carollton-Lewisville school district.

He is a huge football and basketball fan, since his son and son-in-law both played football for BYU. His son-in-law also went on to play nose tackle for the Pittsburgh Steelers - winners of two Super Bowls. Because he played there, they are his favorite pro team, in addition to our Dallas Cowboys, of course. He also loves cheering for our world champion Dallas Mavericks.

A Christian and a grateful believer in Jesus Christ as his personal Savior, his three most important priorities are God, family and country.

A sincere believer in American exceptionalism. Mike considers the United States of America the greatest nation in the history of the world. He believes the future is bright and that we should all stand tall and have a positive view of where we can take our great nation, or state and our great city. 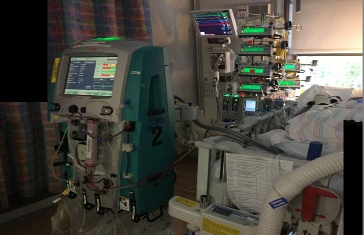 In June 2015 our 8 month old granddaughter Zoee, was in Texas Children’s hospital with a deadly disease.  The diagnosis was grim.

My daughter never left her side for 6 months. Zoee was called back to the ICU several times.  Her parents showed great faith, as they endured this most difficult time.

Due to their faith, and the faith and prayers of thousands of family and friends all over Texas and beyond, God’s grace blessed Zoee. Even though she lost both her kidneys, today she is a vibrant, beautiful and growing little girl. A true miracle from Heavenly Father.  Waiting now for a new kidney. 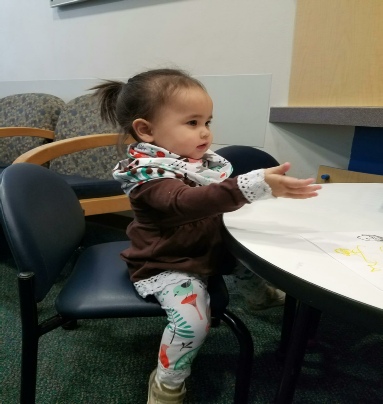 Paid for by Mike Hennefer for Carrollton City Council